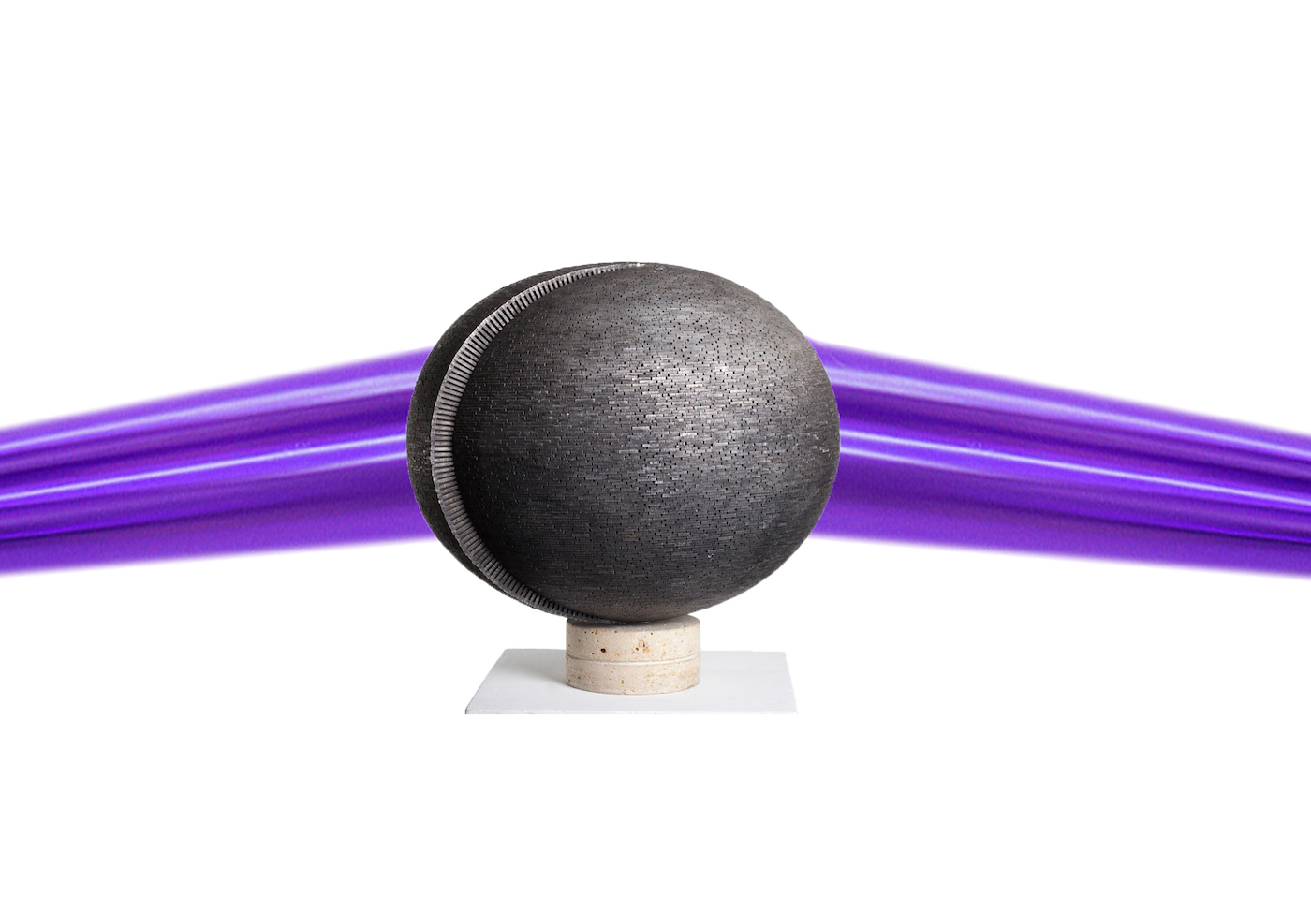 Catapulting issues of nationalism and xenophobia through artistic intervention in the exhibition set up with a sports rubber band?
It is an artistic proposal in collaboration with ‘With the Collection’, offered to us by Romanian artist, WHW Academy student, Vlad Brăteanu.

Take a look at what intervention ‘Happy to land!’ should’ve looked like in the set up of David Maljković’s exhibition.

This is a catapult, literally, a catapult. The proposed intervention as a part of the workshop ‘With the Collection’, took Dušan Džamonja’s sculpture ‘ALP — II’ as a starting point. Džamonja is considered as one of the most influential and visionary sculpture artists during the socialist era, and well known for his monuments dedicated to the Partisans and victims of fascism.

The aim of this intervention is an urgently needed one: to borrow and spread Džamonja’s spirit, in these times of increasing nationalism and xenophobia that spread like a virus in societies. A 30cm wide and 15m long, elastic purple rubber band usually used by sport enthusiasts for increased body flexibility is re-purposed and attached to the two gray pillars of the museum space. The rubber band creates a catapult together with the pillars and Džamonja’s metal sphere, placed on the shelf within David Maljković’s site-specific intervention. There is tension in the stretched rubber band suggesting a ‘readiness to go!’ of the artwork. To go, and reach a new destination outside the institution space, to land and spread.

Vlad Brăteanu (1986, Romania) holds a M.A. in Photography and Moving Image and a B.A. in Graphics from the Bucharest National University of Arts. He studied Philosophy in the Context of Contemporary Art with Catherine Malabou at the Royal Institute of Art in Stockholm. His background in graphics forms the base for theoretical and conceptual considerations for which photography functions as a primary medium and is extended through sound, found objects and video through constant playful semiotics of imagery. He is the co-founder of Template, an artist initiative and exhibition project that started in Bucharest in 2018 and currently a participant of the WHW Akademija in Zagreb. 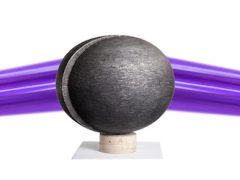 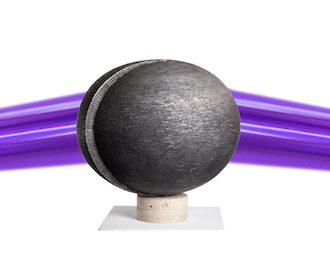 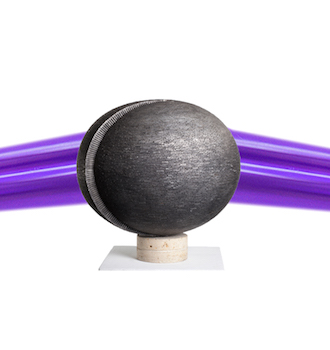 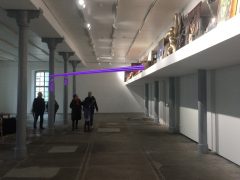 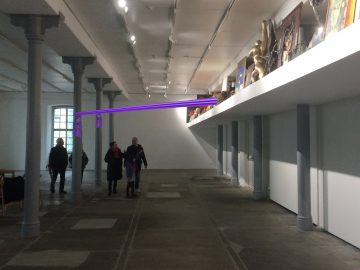 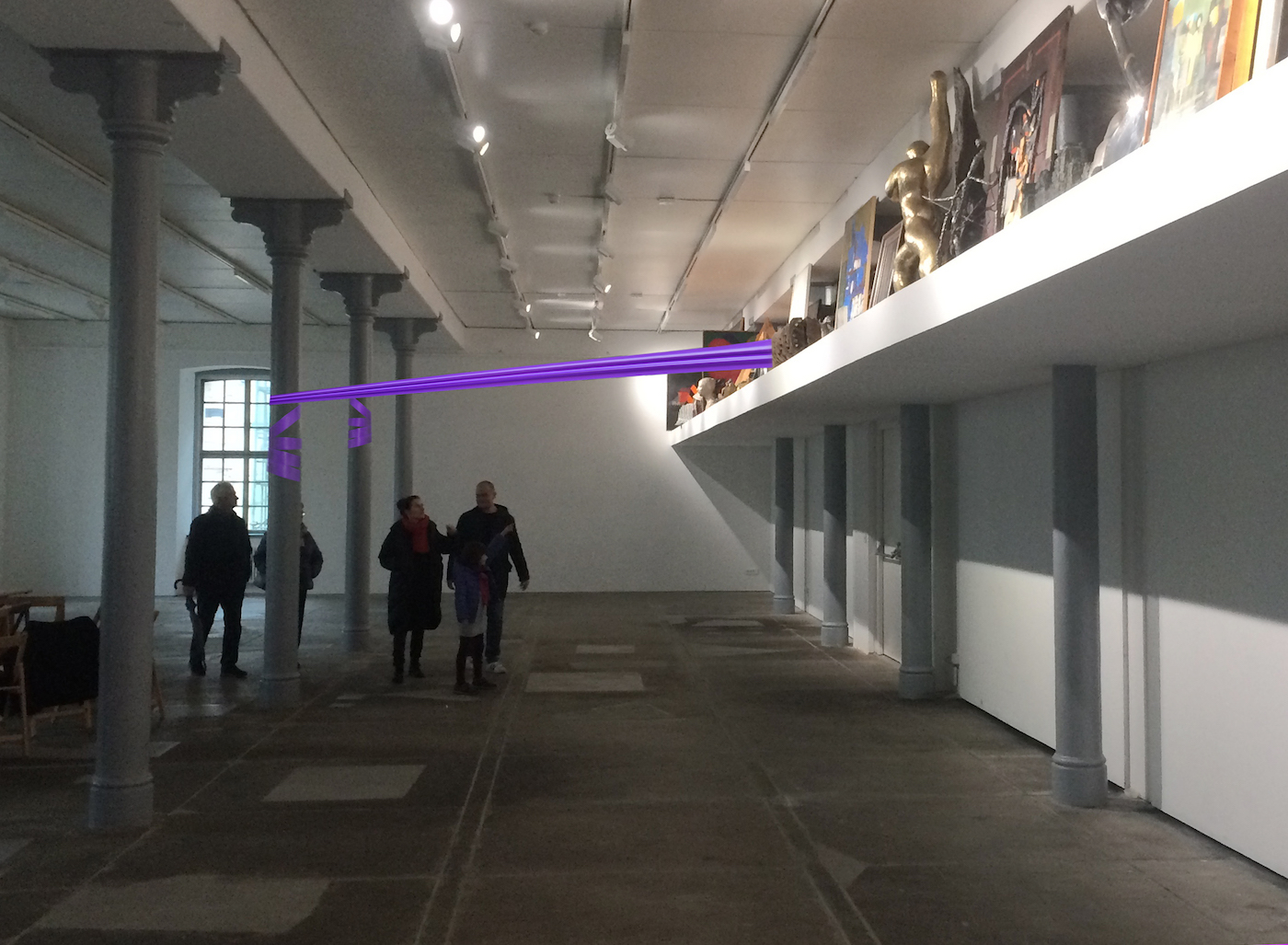 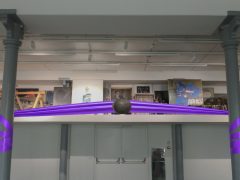 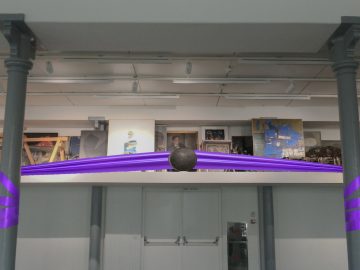 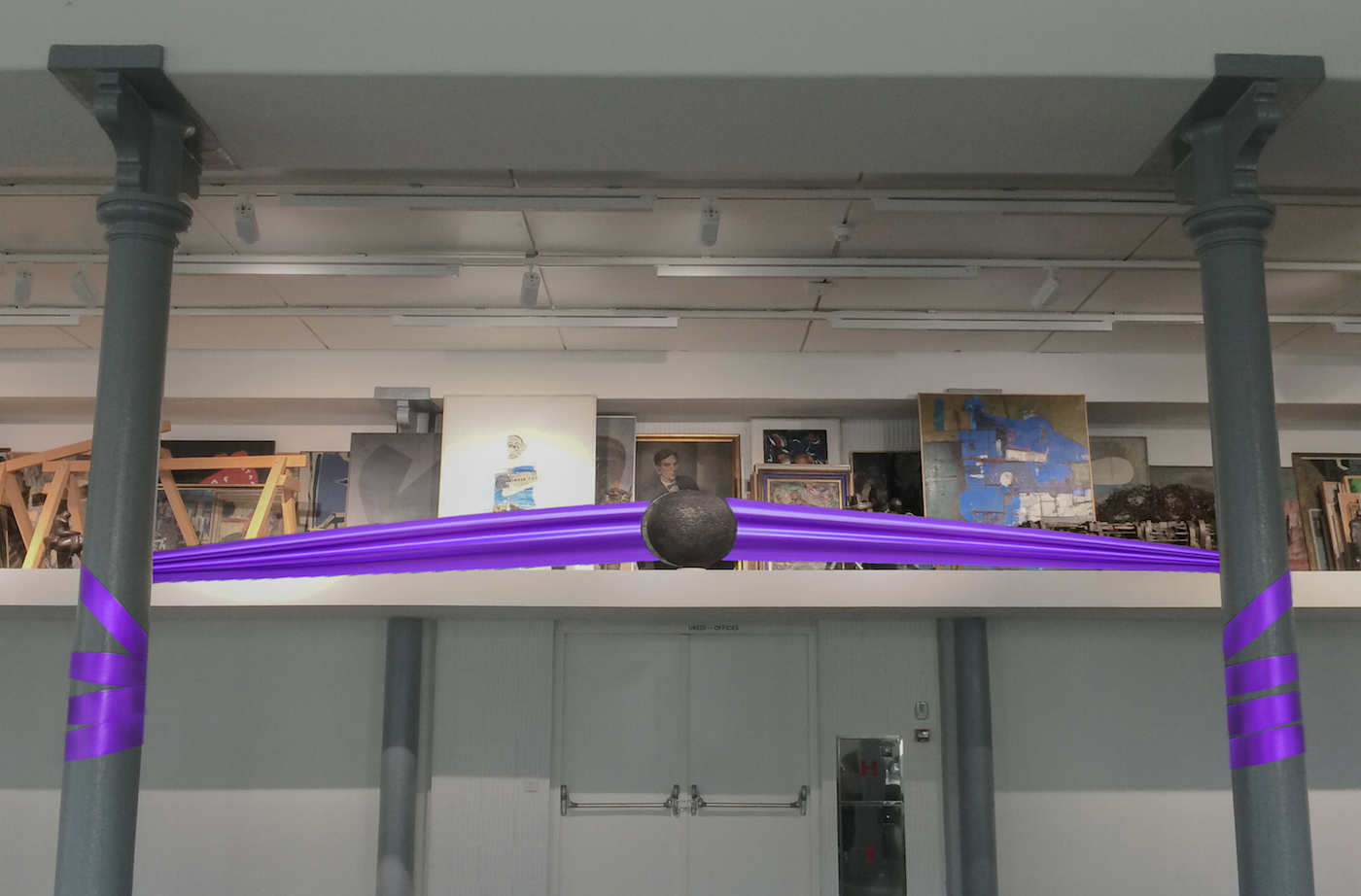