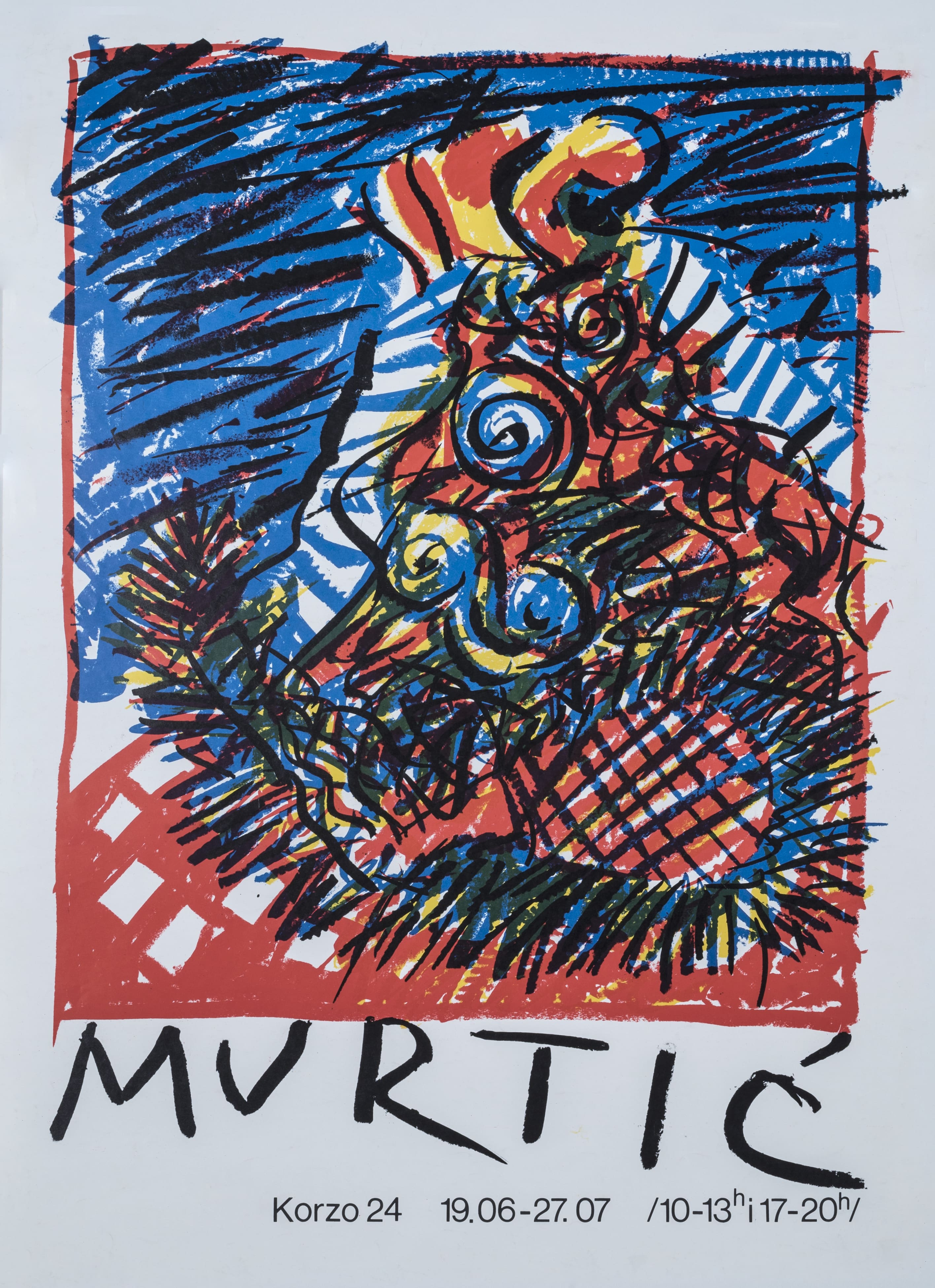 In her art piece ‘Korzo 24′ Marina Rajšić deletes an item from six posters from the MMSU Rijeka collection. The original year of posters’ creation still can be seen on them, which points to the historical significance of events and posters.

Read more about the idea behind her act!

Removing one element from the poster after it is fully finalized makes the difference. Disparity, collapse of elements due to composition instability, grammatical malfunction; unnecessary comma, non-aligned text block, empty space at once. Something is missing.

The element wasn’t moved during the creation phase to some other location, so that the ‘composition’ would still be aligned. The element was, in reality, simply removed, deleted, 70 years later.

The deletion of the element was done on six posters from the collection of the Museum of Modern and Contemporary Art in Rijeka. There’s still the original year written on the posters, which points to the historical significance of events and the poster itself. Appealing visuals are the first to attract attention, and the poster by the size of its typography gives importance to the name of the exhibiting artist. The venue of the exhibition is written in slightly smaller or equally large typography.

At Korzo street 24, Mali Salon, since its opening in 1949, was an integral part of the then Fine Arts Gallery, later the Modern Gallery, and lately of the Museum of Modern and Contemporary Art. The specificity of the particular gallery space was the position on the main pedestrian zone of Rijeka, and apart from its attractive location, it was one of the most significant and visited gallery spaces in the city. In September 2019, Mali Salon gallery ceased to exist due to the cancellation of the lease of the premises, which is legally owned by Croatian Radio-Television (HRT). As a reason for taking over the space, HRT cites the relocation of the space to a TV studio to monitor the European Capital of Culture program.

The city of Rijeka was awarded the title European Capital of Culture for 2020. Given the greater visibility of culture over the past few years, and the fact that Mali Salon gallery was the only cultural institution on the main Korzo street, many exhibitions were planned there during the implementation of the ECOC program.

The original idea for this work was to conduct a guerrilla postering action action in the City Center.

Marina Rajšić (1995, Rijeka) is an artist and graphic designer. She holds a Master’s Degree in Visual Communications and Graphic Design from the Academy of Applied Arts in Rijeka. She exhibits independently and within group exhibitions. Marina participated in numerous art colonies and workshops. In December 2018, she published an art book ‘The Art(ifice) of Beauty’, accompanied by a solo exhibition. She was awarded the Rector’s Award of the University of Rijeka for her artistic work. Marina deals with the issues of relationship between the individual and the population, examining herself as an individual of the population of the 21st century. In this context, she also depicts contemporary social norms through her artwork. She is moving in the direction of conceptual, new media art, and has recently included elements of marketing in her works.