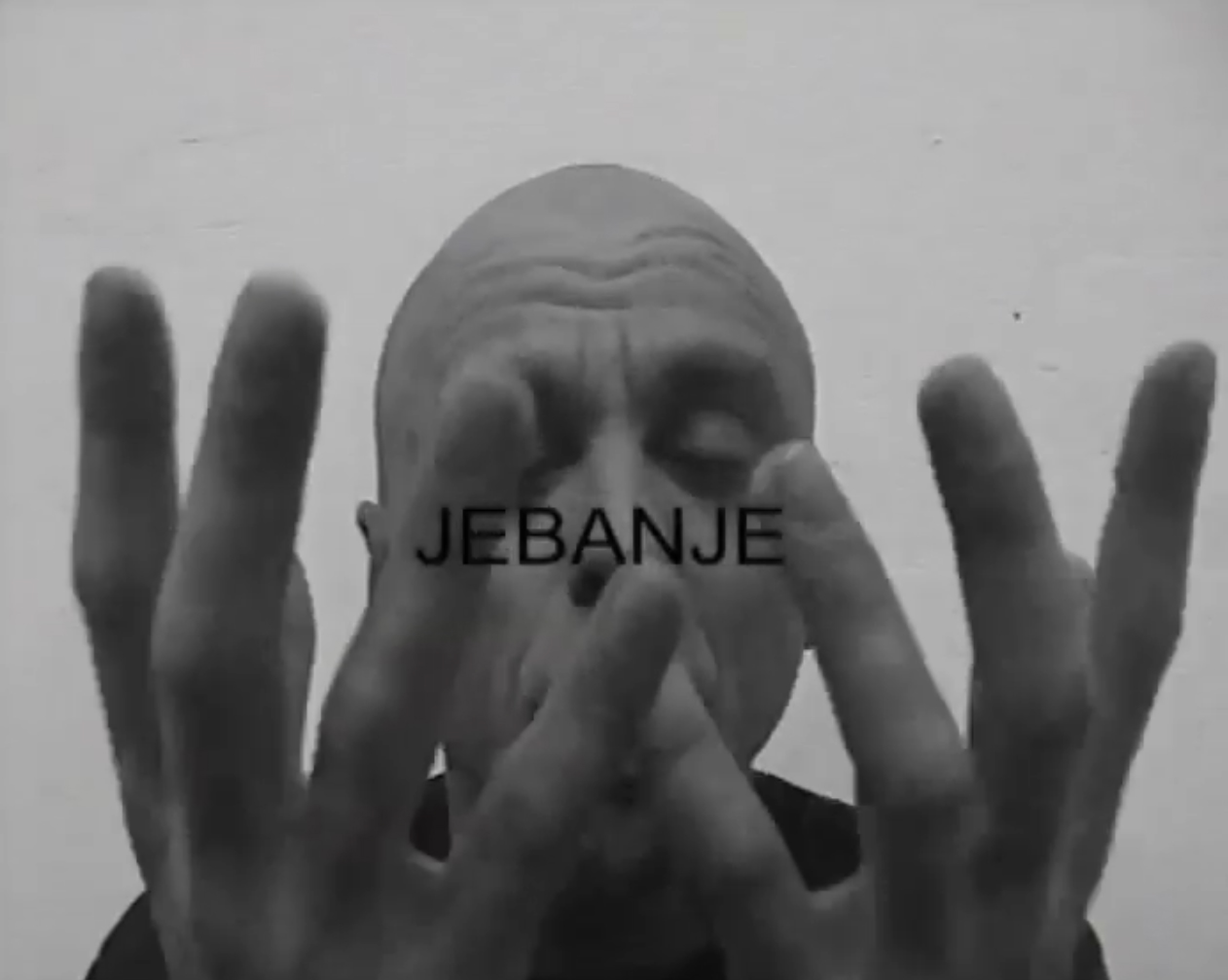 The performative practices referred to in the title combine actions, procedures and behaviours that the body performs before the spectator’s eyes, making no distinction between documenting a live performance in the public or museum and gallery space and works that were not preceded by a public performance, however, such a performance was an integral part of the process of their creation. As a separate topic and idea for a more extensive study, the exhibition presents some of these works from the Museum of Modern and Contemporary Art’s Collection within the series of exhibitions Instructions for Watching – What the Body Wants? with the aim of putting a flexible permanent display to the test. Taking into account the task to present a meaningful whole in which the body is the bearer of the action, the exhibition covers the period from the early 1970s to date and presents thirteen works (fourteen artists) within the multi-genre corpus of conceptual, analytical and feminist approaches.

Whilst the majority of authors writing about performance mainly agree that performance is an art form characterized by transience and resistance to preservation, since the time of the neo-avant-garde there has been an awareness in Western culture of the need to document live art precisely due to the pressure of the art system which, for the purposes of historicization, needs to have evidence for the retroactive understanding of something that has already happened. The same logic of archives lies behind museum collections, however, this text aims to point to yet another phenomenon – performative procedures are increasingly being appropriated by other forms, mostly photography and video. In this kind of loose sense the performativity in the works of this exhibition is treated.