2nd Industrial Art Biennial “On the Shoulders of Fallen Giants” 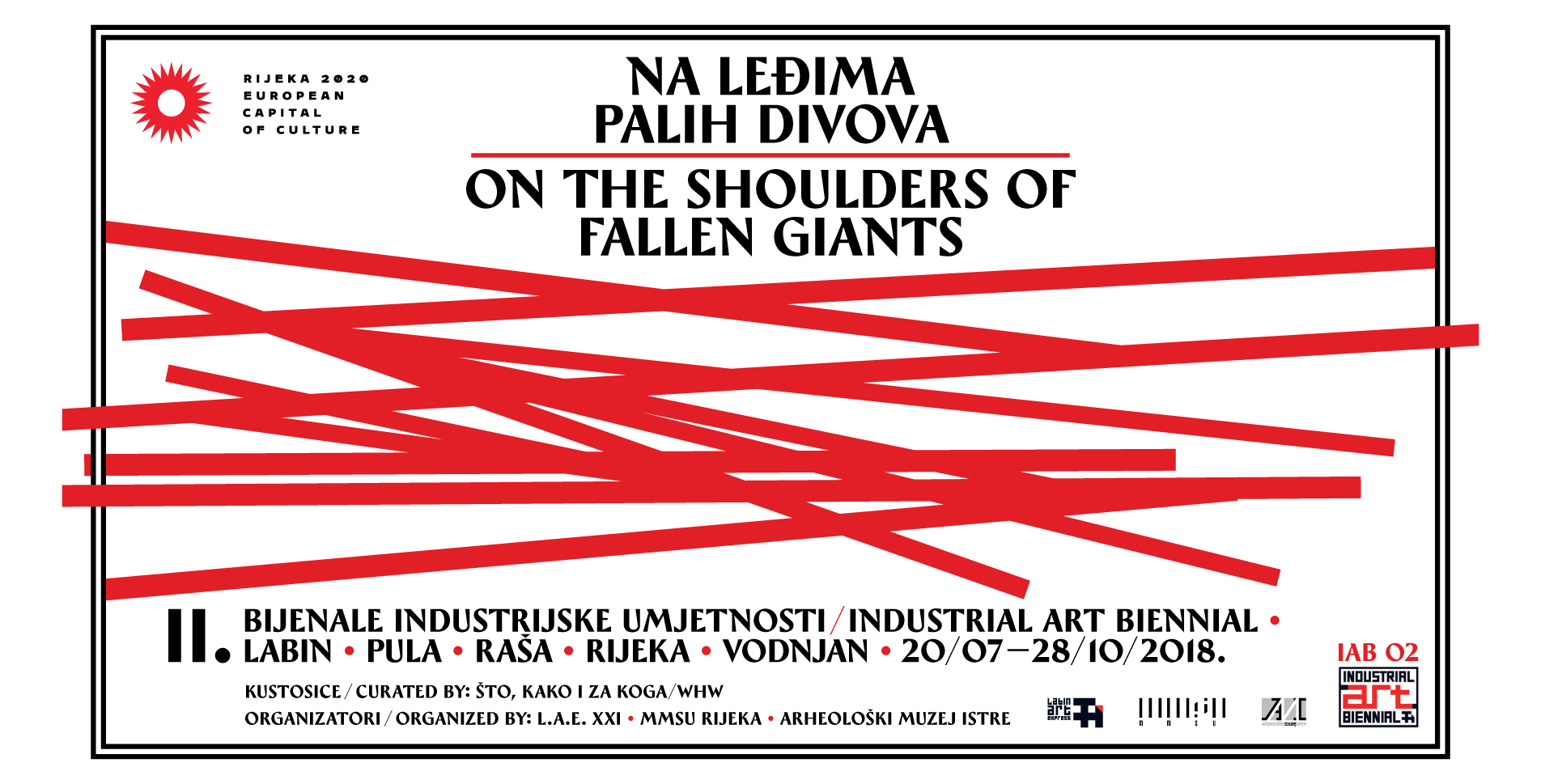 The second edition of Labin Industrial Art Biennial, initiated by L.A.E. XXI in 2014, with the aim of revitalization of former mines in and around Labin, is inscribed on the background of changing epochs that formed social and cultural landscapes of the region: from the Greek and Roman empires, Venetian, Austro-Hungarian, French and Italian authority, through socialism and up to the recent epoch of the long, almost endless period of the so-called transition.

The title of the Biennale “On the Shoulders of Fallen Giants” is attached to the original meaning contained in this phrase, which refers to the necessity of leaning on earlier achievements to attain new insights and knowledge that intertwines with the feeling of loss of future horizons, in a time when the concept of social transformation has turned into a violent preservation of the existing condition. The mental image evoked by giants attempts to intertwine various associations, inspire creating new narratives on the ruins of existing ones. The interest for marginalized, neglected and repressed is connected with the existing story; it complements and sometimes even contradicts it. Using a variety of heterogenic subjectivities with a feminist streak the Biennale dissolves the androcentric tone of the title associated with the dominant masculine identity of the topos of mines: for instance, the legacy of the poetess Giuseppina Martinuzzi, who fought inequality and participated in the rebellion of miners and the founding of the Labin Republic in 1921, the first organized resistance to fascism. The title “On the Shoulders of Fallen Giants” also refers to known Istrian legends and folk tales. It is, for instance, the famous legend of the last Motovun giant Veli Jože, the symbol of Istrian resistance, fictionalized by the writer Vladimir Nazor, whose tale summarizes the destiny of many rebellions. The Biennale also evokes the fantastical Istrian imagination in which the identification of Istria as a magical land (Terra Magica) attempts to question normative effects and social conditions of the concepts of magical, nature and history. It also intervenes into mystifications of Istria as a “place of secretes which are originated at its interior” (Boris Perić i Tomislav Pletenac “Fantastical Creatures of Istria and Kvarner“), which reflects growing touristic exploitation of the region’s “specificities”.

Storytelling, history, poetry, tourism, magical thinking, rebellion, colonial implications of industrial production, marginalized identities, ethnic cleansings, extractivism, the underground, sugar, fossil fuels, mushrooms, ruins, remnants, collections – these are some of the key terms that arise from the local context. Working with these terms, more than twenty five local and international contemporary artists exhibit their works, many of which are new productions connected with the local context. The Biennale doesn’t only present contemporary artists but also some of the local monuments and other traces of past times, which are equally represented in the structure of exhibitions. Through polyphony of artistic voices the Biennale will attempt to present this local context in a larger and broader light, and attempt to unmask the ‘ideological’ surplus which (luckily) exists in every specific location and which connects it with other locations and other struggles to preserve the possibility of utopian thinking for the future.