Dora Budor: There’s something terrible about reality and I do not know what it is. No one will tell me 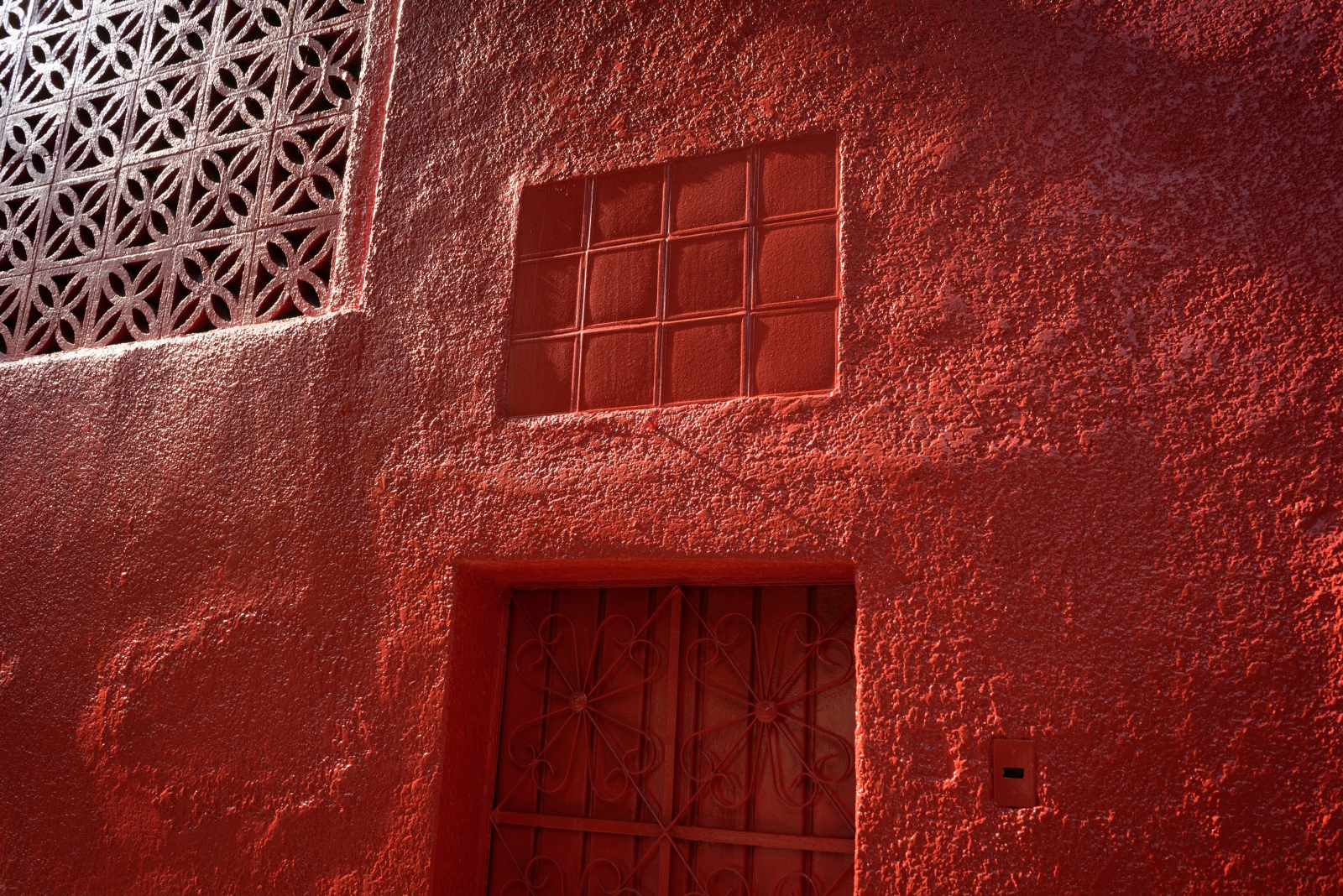 As part of David Maljković’s exhibition “With the Collection”,  a renowned artist Dora Budor will present a temporary art intervention entitled  “There’s something terrible about reality and I do not know what it is. No one will tell me”

It is a red monochrome displayed on a façade awaiting reconstruction. Placed on this specific location, and using abstraction to create an atmosphere, the monochrome has a tendency to become a chronotope. The intervention, as the artist explains, embodies the potential of a plotless narrative and adds a layer of fiction to the exhibition that takes place within the building. With a thick and shiny red color that covers both the façade and the windows, which now color the light in the museum red, the building becomes specific, marked, inviting us to change the ways we see it.

Using cinematic examples, Budor refers in her work to the concept of coloring the surroundings, light and architectural elements in film, where red color is usually associated with female anxiety and neurosis. For example, red is used for highlighting the elements of exteriors and interiors in Michelangelo Antonioni’s Red Desert. As Antonioni himself said, red was used to denote “the architecture of anxiety”. The leading actress, Monica Vitti, says in the film, “There’s something terrible about reality and I do not know what it is. No one will tell me”, which Dora Budor used as the title of her intervention.

The intervention is a continuation of Budor’s work from 2018, which she displayed as “Red Monochrome (There’s something terrible about reality and I do not know what it is. No one will tell me)” on a group exhibition Casa Tomada in Mexico City. She blended this monochrome intervention with the abandoned building that housed the exhibition, with an aim of highlighting the exhibition heterotopy, referring to Michel Foucault’s idea of heterotopic spaces as “other” spaces, spaces that evoke anxiety, contradiction or transformation.

Dora Budor (b. 1984, Croatia) is a New York based artist. Using installation, environment and sculpture, Budor’s work inhabits cinematic ecosystems and unstable architectures. Her works are constructed as complex systems, in which each element exists in interdependency with the other. This often includes specificity and context of the site, to which the work reacts and negotiates its initial conditions

Budor was a recipient of the Rema Hort Mann Foundation’s Emerging Artist Prize in 2014 and Pollock Krasner Foundation Grant in 2018. In 2019, she was awarded the prestigious Guggenheim Fellowship.