David Maljković: “With the Collection“

An exhibition that  transforms the Museum of Modern and Contemporary Art into a vibrant collective body, exposing it to numerous interactions, with people and events

On Friday, 31 January, day before the official beginning of Rijeka 2020 – the European Capital of Culture, the Museum of Modern and Contemporary Art is opening the first ECC exhibition – “With the Collection” by visual artist David Maljković.

“With the collection” is an open-ended exhibition based on a series of collaborations that would take place on different locations at different times. It centers on Maljković’s extraordinary site-specific intervention which, in an unconventional way, represents the MMSU’s collection. Even though the Museum was founded in back 1948, its collection has never been presented in the form of permanent display, mostly because of the lack of spatial resources. Therefore, in Maljković’s spatial reconfiguration, the Museum’s collection becomes present, it receives a new face, and each of its works becomes more than just an artefact, acquiring a fresh meaning and a renewed social relevance. While building the relationship with the collection, Maljković rejects taxonomies and linear narratives. Instead, he applies his own recognizable artistic methods: he creates a collage of the existing artefacts and plays with the ways we perceive and experience exhibitions.

Beside presenting the MMSU’s collection, the author will introduce three young artists into this interaction. Dora Budor will do an art intervention on the MMSU’s building, entitled “There’s something terrible about reality and I do not know what it is. No one will tell me“. The intervention is a follow-up on the work she presented as part of exhibition Casa Tomada in Mexico City in 2018. In his “Museum of the Crystal Skull”, Niko Mihaljević, motivated by the phenomenon of pop-cultural exploitation of  crystal skulls, examines the transition of mythological narratives into popular culture. At the end of March, Amsterdam-based artist Nora Turato will offer her interpretation of Ivana Brlić Mažuranić’s collection in Ružić Villa, in collaboration with Theodor de Canziani, the collection’s guardian.

During these three dynamic months, the MMSU’s exhibition space will be the place of different forms of sociability. This will be shown at the very opening of the exhibition, which will be live streamed by community internet radio, Radio Roža, the Museum’s temporary tenant. TIPSY will be in charge of the music program, while Damir Čargonja Čarli will be running a pop up bar during the entire exhibition. At the end of February, the MMSU will host a dinner with Klas Grdić, Igor Rukavina, Žarko Violić, Branko Cerovac and Damir Čargonja Čarli, the protagonists of Rijeka’s art scene, who played a significant role in Maljković’s artistic development in the 1990s in Rijeka.

Another important part of the exhibition is the collaboration with graphic design and visual communications masters program, Werkplaats Typografie – WT, Holland, whose visual identity was created by its students. At the end of March, Werkplaats Typografie will also take part in a workshop organized by WHW Academy and several graduates and students of the Rijeka Academy of Applied Arts, with Petra Mrša as mentor. Their works, inspired by the MMSU’s collection, will form an integral part of Maljković’s “With the Collection”.

David Maljković was born in 1973 in Rijeka. He lives and works in Zagreb. His recent solo exhibitions include: the Renaissance Society in Chicago, Palais de Tokyo in Paris Kunstmuseum in Sankt Gallen, BALTIC Centre for Contemporary Art in Gateshead, Kunsthalle in Basel, Van Abbenmuseum in Eindhoven, Secession in Vienna. He also exhibited his works at the 11th Gwangju Biennale, 56th Venice Biennale, 29th Sao Paolo Biennale, 11th and 9th Istanbul Biennale etc. His works are part of collections of numerous world museums, such as G. Pompidou Centre in Paris, MUMOK in Vienna, Museo Reina Sofia in Madrid, MoMA in New York, Stedelijk Museum in Amsterdam, Tate Collection in London.

Curator of the exhibition is Ivana Meštrov while the curator’s assistant is Katerina Jovanović.

The exhibition is supported by: 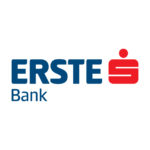 Previous Article
Don't Worry About Poetics, They Will Arrive on Their Own
next Article
Niko Mihaljević: Museum of the Crystal Skull
We use cookies to ensure that we give you the best experience on our website OkTerms of use