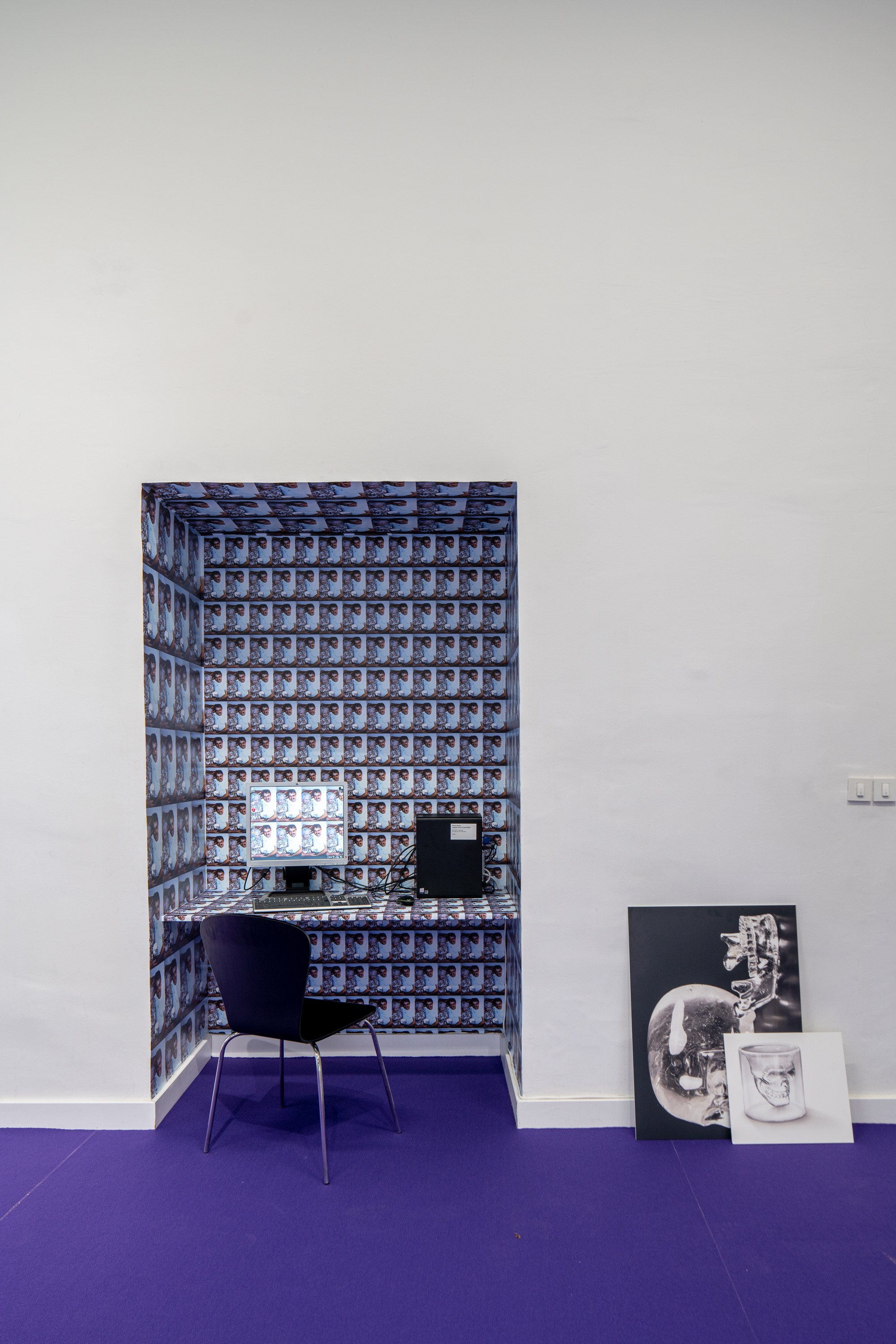 As part of the exhibition “With the Collection” by  David Maljković, which opens on Friday, January 31, at 8 pm as part of the Rijeka 2020 – European Capital of Culture program, a “museum within the museum” is being built.

In one of the premises of MMSU, conceptual artist and designer of visual communications Niko Mihaljević, one of the authors of the younger generation invited by David Maljković to collaborate on the project, is preparing the “Museum of the Crystal Skull”. His impetus is the phenomenon of the mythomaniac exploitation of pre-Columbian crystal skulls associated with Mayan culture and supernatural powers, by 20th-century pop culture.

“In 1927, while searching for the lost civilization of Atlantis, archeologists discovered a tremendously exceptional – and maybe the oldest – object ever made by human hand. It is a perfect copy of a human skull, wonderfully sculpted and polished from a single block of quartz crystal. It is, of course, a product of a sophisticated civilization – it has been estimated to be 12 000 years old! The skull’s eyes glimmer as if they are alive. Observers tell about strange sounds, scents and light effects coming from it. It is said that it influenced chaos, physical harm, and even death. Is it possible that this mysterious object is a link to humanity’s dark, magic past? Is it a messenger from another age – or another world?”

The above quote is a blurb from the Croatian edition of Richard M. Garvin’s “Crystal Skull”, a cult book about the mysterious Mitchell-Hedges crystal skull which was recently proven to be a forgery from the 1930s. Besides inspiring many pseudoscientific theories and a global new age religious movement, this esoteric artifact inspired a variety of pop culture products, such as the fourth sequel of the film series Indiana Jones, an episode of a science-fiction series Stargate SG-1, an episode of a Bonelli graphic novel Martin Mystére, a track by an American heavy metal band Mastodon, a luxurious vodka brand Crystal Head Vodka by the Hollywood actor Dan Aykroyd…

With the “Museum of the Crystal Skull”, which has so far been without permanent residence from its introduction in 2019, Mihaljević studies this transition of mythological narratives about the crystal skull into popular culture, as well as turns of the digital into the museological. His museum collection currently contains 16 exhibits dating from 1988 to 2019, with the permanent exhibition and the reading room. During the two-month period, the audience will get to know more about the “Museum of the Crystal Skull” through screenings, workshops, and guided tours.

Niko Mihaljević (b. 1985 Split, Croatia) graduated at the Werkplaats Typografie (ArtEZ Institute of the Arts) in Arnhem, the Netherlands. In 2016 he received the Radoslav Putar Award (Young Visual Artists Awards) for the best Croatian artist under 35 years of age. His recent projects include a 130 year long permutation composition (“on Water Smoke the”, 2020), avant-garde karaoke whistling performance (“Need Your Love So Bad”, 2017) and a philosophical dialogue proving that a small island in the Adriatic is indeed land surrounded by water (“Circumnavigare necesse est, vivere non est necesse”, 2016). He is the founder of the Museum of the Crystal Skull, an assistant professor at Media Design department of University North in Croatia, an independent graphic designer and a researcher of vernacular graphic design and typography (recent project: “Wide Selection Of Italian Trousers: A4 Vernacular Graphic Design Of Zagreb”, 2016). He also composes esoteric synthesizer recitals as Soft Temple II.

Previous Article
David Maljković: “With the Collection“
next Article
Dora Budor: There's something terrible about reality and I do not know what it is. No one will tell me
We use cookies to ensure that we give you the best experience on our website OkTerms of use