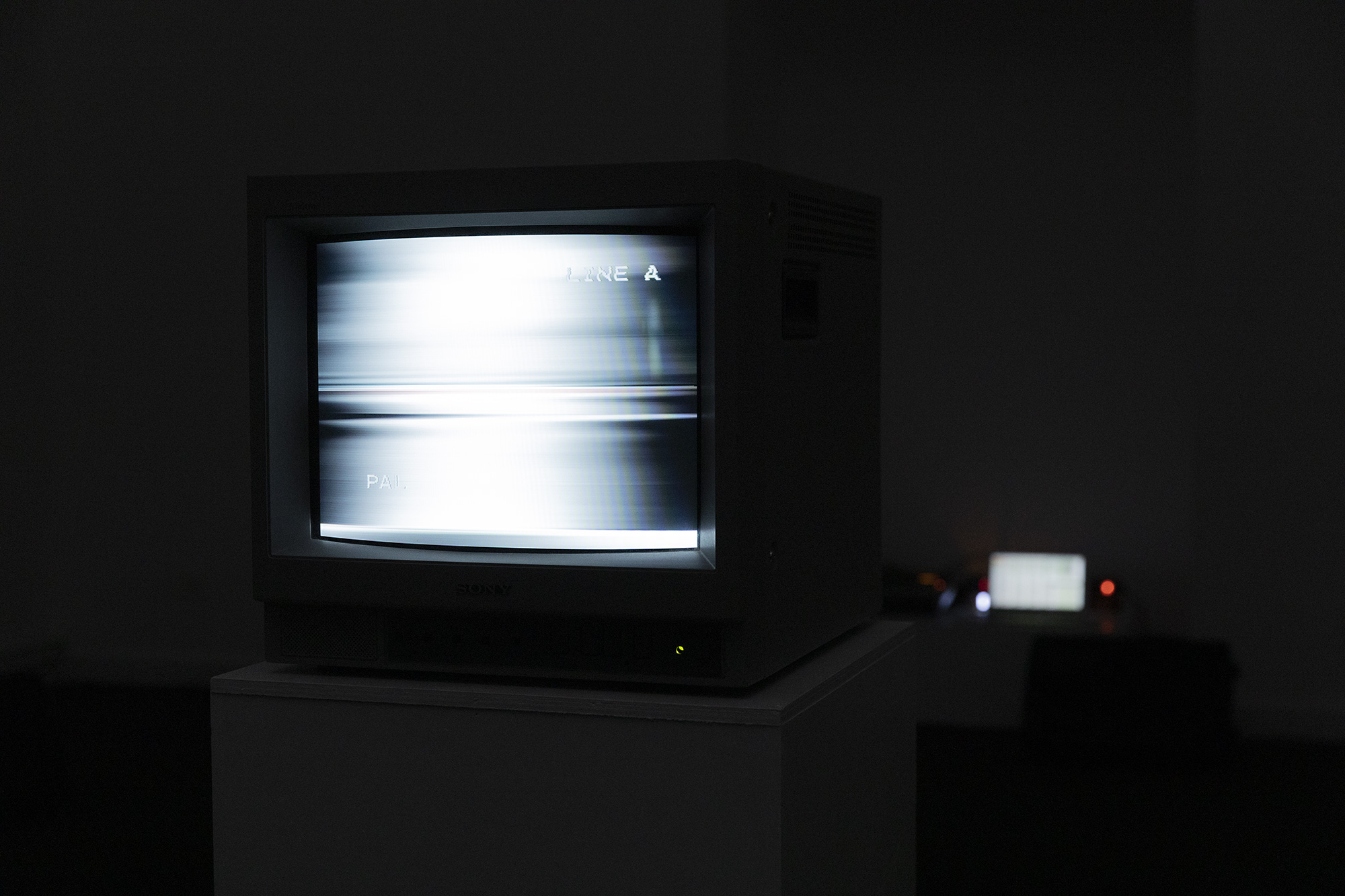 On Thursday, April 14, 2022, at 7 pm, in parallel with the exhibition Words and Images, the solo exhibition Toni Meštrović: Eavesdropping will open in the Jaslice Hall, MMSU.

Toni Meštrović has made surveillance his favorite topic in recent years. In a series of exhibitions, he was developing the possibilities of a closed circuit, first through the interaction with visitors at the Split Art Gallery, then in Galić Salon where he examined the technology of surveillance in a situation where the technology monitored its own self.

Now in MMSU Rijeka Meštrović presents a new audio-visual installation, which focuses at the interaction of visual and sound, creating an audio environment where we look with our ears, instead of our eyes. This is suggested by the title itself – Eavesdropping. The installation incorporates the element of error as a systemic possibility that radically changes the outcome – video image becomes sound and, vice versa, sound information (in the TV monitor) produces image. The “error” in this case is a non-standard combination of video and audio signals, which are normally incompatible and thus non-functional for the intended purpose – and this is precisely the space of the artist’s interest. To create a setting where the poetics of translating signals on the principles of coincidence and error can take place.

In the darkened hall the only source of light comes from TV screens transmitting non-suggestive, black and white abstract surfaces, while the multichannel speaker system reveals itself in all its compositional fullness, thanks to the processing of the computer algorithm that controls the movement of sound: this is where Meštrović takes the stage as an author, outperforming the dryness of the given technological structure. MORE

The project was developed in collaboration with SuperCollider software programmer Hannes Hölzl.

Toni Meštrović, born 1973 in Split, Croatia, is a multimedia artist working predominantly in form of video and sound installations. He graduated with a Graphic Arts degree from the Academy of Fine Arts in Zagreb in 1999, where he produced graphic arts, sculpture and installation. Due to his interest in electronic audio-visual media, he studied Video/Digital Imaging with prof. Valie Export at the International Summer Academy for Contemporary Art in Salzburg in 1997, and completed a two-year postgraduate diploma in Media Art with prof. David Larcher and prof. Anthony Moore at the Academy of Media Arts, Cologne in 2004. Video, sound and audio-visual installations produced during Meštrović’s postgraduate studies explore his personal perception of the sea, and the island where he grew up. After his return to Croatia in 2004, his work deals with themes of cultural heritage, identity and the transformations that have occurred in Dalmatia due to the period of transition. Some of his continuous thematic preoccupations are the assimilation of the linear and cyclical time and the exhaustion of a type of narrative that we are used to and expect in our quotidian lives, as well as a wide range of the topic of change, either as a record of evaporation of water like in a closed circuit video installation, or as a commentary of social change.

Since 1992, he has taken part in group and solo shows, as well as video festivals, in Croatia and internationally. He lives in Rijeka and Kaštela, and is Associate Professor at the Arts Academy University of Split, Department of Film and Video.

Previous Article
Andreja Kulunčić: You Betrayed the Party Just When You Should Have Helped It
next Article
Words to Be Seen – exhibition from the collections of the MMCA
We use cookies to ensure that we give you the best experience on our website OkTerms of use