”Make Up – Make Down”: Film programme of Sanja Iveković’s retrospective at Art Kino 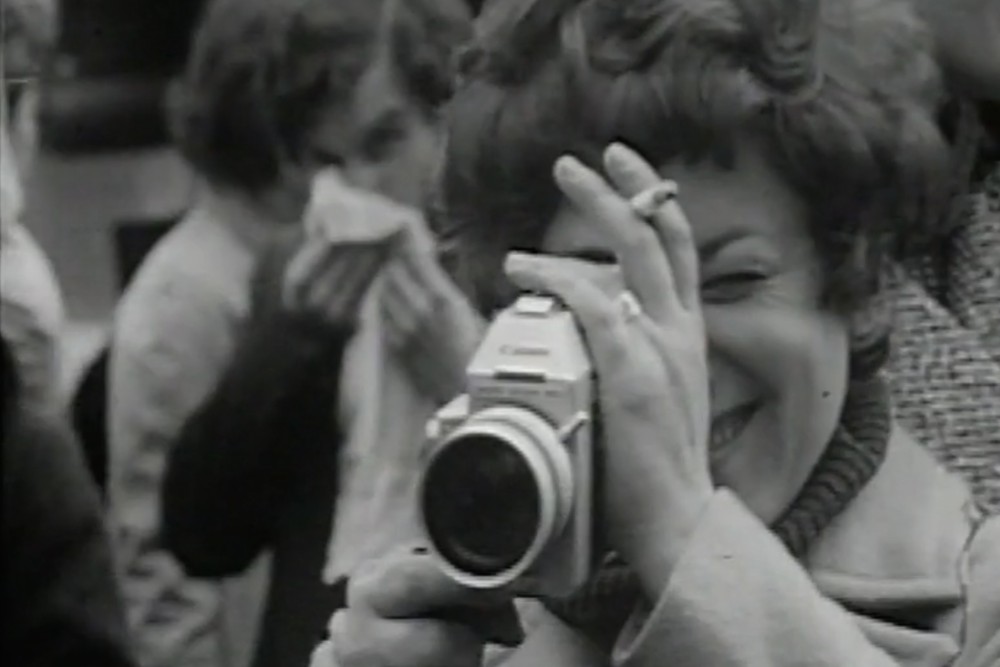 The film programme as part of the video retrospective “Sanja Iveković: Make Up – Make Down,” set up at the Museum of Modern and Contemporary Art, continues on Thursday, 23 December at Art Kino Croatia from 6 p.m. onwards.

The program at the Art Kino focuses on women’s solidarity and combativeness, and it presents three video works by Sanja Iveković (The Invisible Women of Erste Campus, Instructions No. 1, and Sweet Violence), and two films that serve to bring closer the author’s practice: Solidarity by Joyce Wieland, and The Struggle Isn’t Over by Annabelle Miscuglio and Rony Daopoulo (Collettivo Femminista di Cinema).

Sanja Iveković dedicated the film The Invisible Women of Erste Campus from 2016 to women workers who clean the offices at the campus and to the staff in canteens and kitchens. In accordance with her feminist approach, the artist examines the situation at the company that employs only immigrant women workers in cleaning, the working conditions they face, the effects of the edifice’s modern architecture and work philosophy of Erste Campus on their work, and the compatibility of their employment with private lives.

Instructions No. 1 (1976) is the video work in which Sanja Iveković’s “attack” on her own face reaches its first peak. The artist draws black arrows on parts of her face, mostly directed outwards. It appears that the face becomes the subject of visible, albeit otherwise subcutaneously operative centrifugal forces – of inner, albeit foreign forces that push the face inwards so as to be transformed into a variant of itself.

In the work Sweet Violence (1974), by introducing the effect of distancing, whereby the apparent and fictional properties of media reality become evident, Sanja Iveković overlaps black grids over the television screen by recording daily clips of EPP (Economic Propaganda Programme, i.e., television advertising) of TV Zagreb. With this simple intervention, the artist visually disconnects the viewers from the “sweet violence” of media seduction. Sweet Violence is the examination of the power of images, of the manner in which they circulate in everyday life, of stories they seek to convey, and therewith of the mythologies prowling under their surfaces (Fundació Antoni Tàpies, MoMA).

The film Solidarity by Joyce Wieland (1973) thematises the strike in Kitchener (Ontario) in the early 1970s. Hundreds of feet and legs, factory work, marching and incitement to strike, with the work “solidarity” across the entire screen. The sound background consists of the organisers’ speech on the work situation. Just like the director’s other films, Solidarity also merges political awareness, aesthetic perspective and a sense of humour, all of which are unique for her oeuvre. The film Solidarity and the feature film The Far Shore (1976) are Joyce Wieland’s last works that view Canada as a vital political subject, after which her focus was redirected towards introspective research of women’s subjectivity.

The Struggle Isn’t Over (La lotta non è finita, 1973) is an activist film by the Italian feminist film collective Collettivo Femminista di Cinema di Roma, which arose from the movement of small women’s groups Collettivo di via Pompeo Magno (CPM) in 1971. That same year, Annabella Miscuglio and Rony Daopoulo produced the film L’Aggettivo Donna, the collective’s first feminist cinematic pamphlet, which exposes the manifold exploitation of women in the Italian society of the period. The film The Struggle Isn’t Over records the collective’s short-term militant practice, the documents of the struggle, and the deliberations and debates of the feminist movement, while alternating the questions of women’s self-empowerment and liberation (sexuality, abortion, violence, work) with images of two actions on the occasion of the International Women’s Day on 8 March 1972 and 1973.

The parallel film programme of the video retrospective “Sanja Iveković: Make Up – Make Down” will continue in January as part of Film Mutations: Festival of Invisible Cinema.

The programme is conducted in accordance with all relevant epidemiological measures. A COVID certificate is required to access the premises of Art Kino.

Admission to the programme is free of charge. Due to a limited number of available seats, reservation by email is recommended (ulaznice@art-kino.org).

Cover photograph: from the film “The Struggle Isn’t Over”

The program was realized in cooperation with Film Mutations: Festival of Invisible Cinema, and the curator of the program on December 23 is Branka Benčić.

Previous Article
Sanja Iveković: MAKE UP – MAKE DOWN, a video retrospective
We use cookies to ensure that we give you the best experience on our website OkTerms of use