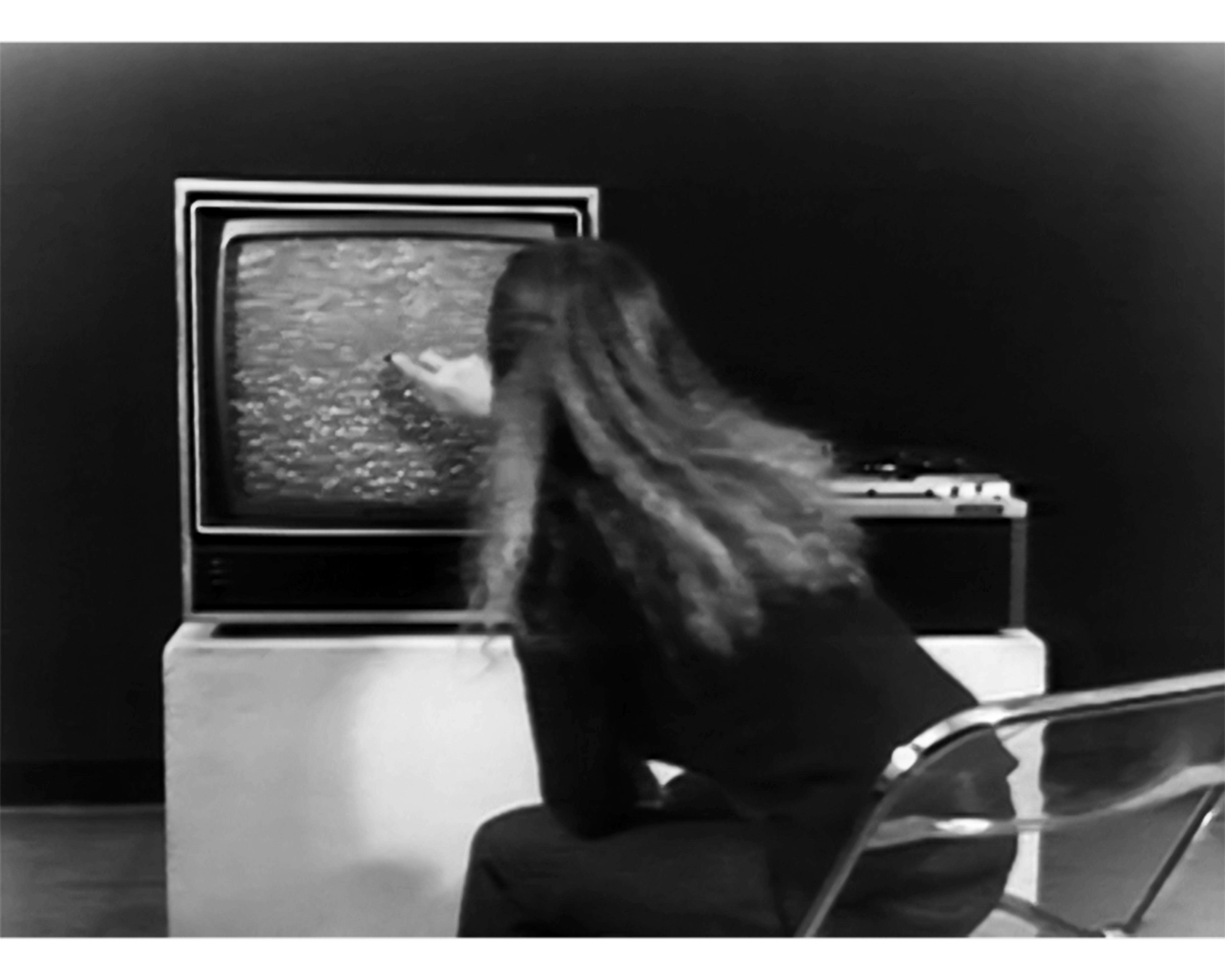 To coincide with the exhibition an extensive five part screening program is taking place at Art-kino Croatia.

Sanja Iveković’s video retrospective for two active spaces of shared experience – the exhibition venue of the Museum of Modern and Contemporary Art and the cinema theatres of Art Cinema and Kinoteka – provides an exceptional parallel insight into her artistic praxes and politics of moving images. Assuming the dialectics of her video title Make Up – Make Down as the paradigmatic radical asymmetry inscribed in the video philosophy of her entire artistic work, this double positioning of the gaze provides the visual channel for her contextual methodology, in which bodily and political experience interacts with the interventionist politics of focused kino-eye in the gallery space.

The filmic in Sanja Iveković’s videos first begins in the limited space of her montage cut – in the dash for the appropriation of authority, a visual link cutting away the often abject sides of before and after, front and behind, below and above, here and elsewhere, in the intervals of intervention that stores critical layers of silenced intimate and collective memory through the video medium as an intersubjective epistemological instrument. This dash is subversively incised and re-lined by the artist’s performative body in stagings, infiltrations, and engagements between two instruments, the camera and the screen, memorializing a revolutionarily new medium, a personal and social image of the present in a reverse mirror. Following the structure of montage interstices, the strategies of contestation in the interspaces of bodies mirrored between gaze and power, frozen in a representation that does not look back, as well as personal and public limits of the cuts structured by exclusions, we activate the entire bodyscape of Iveković’s video images, conceptualized for the collage and montage cuttings over a period of almost five decades from multiple perspective of visionary and political moving images in the dispositif of cinema.

27/11 from 6 PM, followed by the conversation between Tanjea Vrvilo and Sanja Iveković
NO END
1983, directed by: Sanja Iveković, Dalibor Martinis

THE BRIDE, THE BACHELORS. EVEN
1992, directed by: Sanja Iveković, Dalibor Martinis

THE FACE OF THE LANGUAGE
1998, directed by: Sanja Iveković

OUR BEAUTIFUL
1997, directed by: Sanja Iveković

INSTRUCTIONS NO.1
1976, directed by: Sanja Iveković

SEMIOTICS OF THE KITCHEN
1975, directed by: Martha Rosler

The program is supported by:

Previous Article
Sanja Iveković: MAKE UP – MAKE DOWN, a video retrospective
next Article
”Make Up – Make Down”: Film programme of Sanja Iveković’s retrospective at Art Kino
We use cookies to ensure that we give you the best experience on our website OkTerms of use