Textile industry and female work from all angles: a rich accompanying program in the final week of Hana Miletić’s exhibition “Pieces” 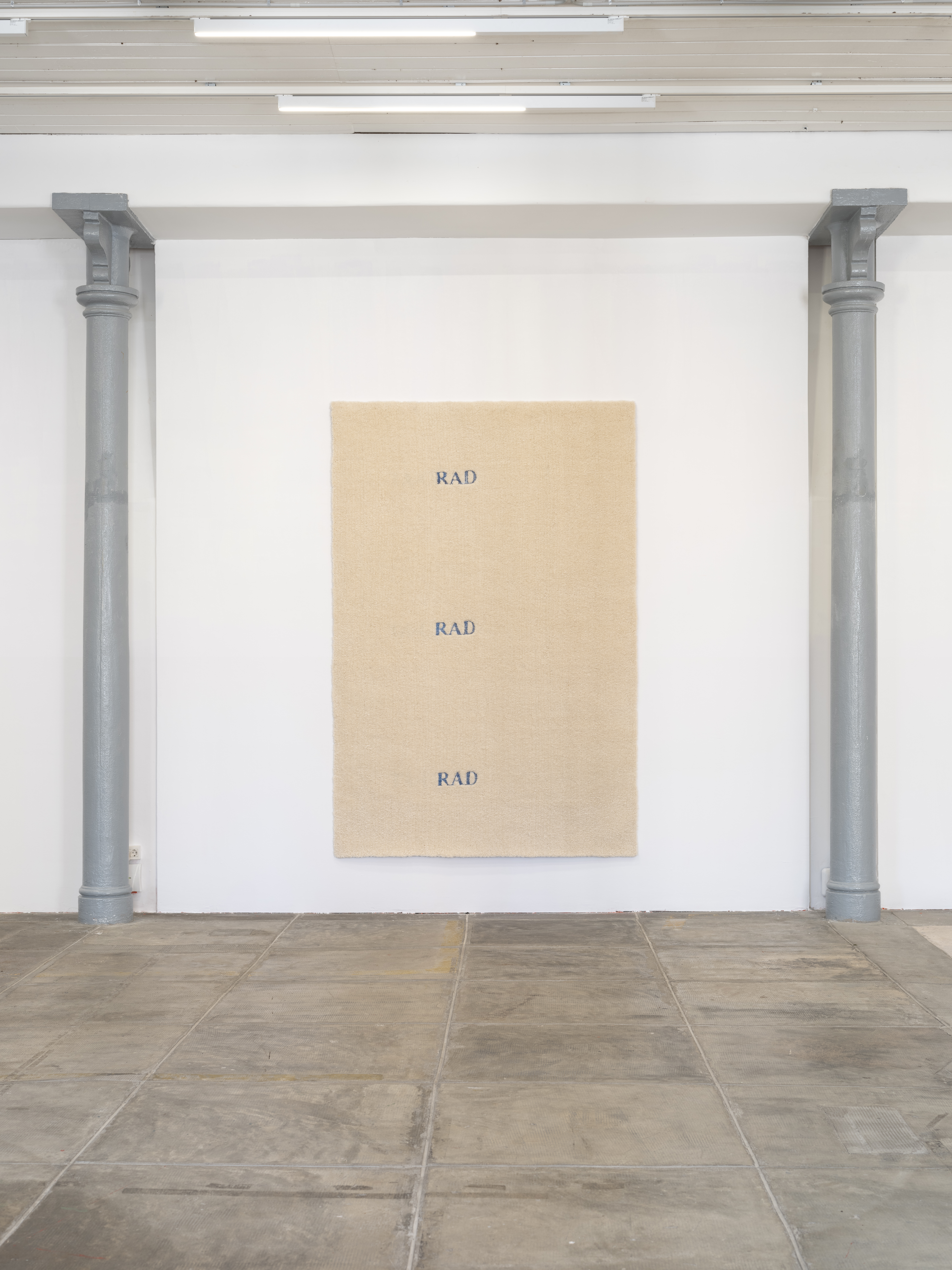 In the final week of Hana Miletić’s exhibition, “Pieces”, the Museum of Modern and Contemporary Art is preparing a series of events that explore the main elements of the exhibition: weaving, female work, especially work in textile industry, the principles of solidarity, fashion industry and its social and environmental sustainability, and the principles of recycling and reuse.

The events that will give various audiences, from children to professionals, the opportunity to learn more about these topics include: a weaving workshop for children and parents, guided tour of exhibition with Hana Miletić herself, a presentation by Valerie Graziano on the relationship between the feminist theory and the practice of repairing, a film program, a video lecture by Chiara Bonfiglioli, the author of the book Women and Industry in the Balkans, and a moderated talk on the topic of fashion and textile industry, with Tonči Vladislavić from the Center for Research of Fashion and Clothing, and Ivana Čuljak, with Hana Miletić and Jelena Androić as moderator.

The program begins on Tuesday, September 27, with the family workshop “Krpari”, which starts at 5 pm and continues the next day from 10 am. “Krpar” is a carpet that our ancestors used to make from scraps of old clothes or dishcloths, i.e., from textile items that were no longer in use. In this intergenerational workshop, participants will learn how to make thread from old rags and weave the “krpar” carpets on a frame loom. They will use textile scraps from the RIO (Riječka Industrija Odjeće) tailoring workshop, which are also part of Miletić’s installation “For the Spiders”. The workshop will be led by the artist herself, who will introduce the participants to the technique and practice of weaving the “krpars”, and share her ecological engagement based on the reuse of fabrics that surround us. Both workshops are free of charge. You can apply by phone at (051) 492–615 or by email at ivana.lucic@mmsu.hr.

On Wednesday, September 28, at 6 p.m., the audience is invited to the final guided tour of the exhibition, which will be given by the artist herself. The exhibition closes on October 2. As part of the guided tour, Valeria Graziano, cultural theorist and researcher at Coventry University’s Centre for Postdigital Cultures, will give a short, introductory lecture on the relationship between the feminist theory and the practices of repairing clothes. Over the years, Graziano has been involved in a number of participatory research initiatives across social movements and the cultural sector, focusing on organizational change, the relation between technopolitics and popular pedagogy; repair and refusal of work; care, pleasure and disobedience. Her approach is informed by institutional analysis, autonomist Marxism and feminist epistemologies.

On the same day, staring from 7:30 p.m., two films will be shown: “Od 3 do 22” [From 3 to 22], a documentary film by Krešo Golik from 1966 and “Do konca” [The Final Thread], an experimental film by Neli Ružić. “From 3 to 22” is a story about the life of a female worker at Pobjeda textile factory, Smilja Glavaš. Combining raw realism and refined artism, Krešo Golik’s film was considered one of the best Croatian documentaries. Neli Ružić’s short experimental film “The Final Thread” is a portrait of the former thread factory “Dalmatinka Sinj”, filmed in the end of the company’s bankruptcy proceedings in 2017 and 2018. The factory was sold to Zadar–based company “Business park” with the idea of converting the space into a business and shopping center, with venues for wedding receptions. The film an epitaph for the factory and its workers.

On Thursday, September 29, the program will begin at 6 p.m., with a video lecture by Chiara Bonfiglioli, the author of Women and Industry in the Balkans: The Rise and Fall of the Yugoslav Textile Sector (I.B. Tauris/Bloomsbury, 2019). Bonfiglioli will talk about the impacts of post-socialist transition and deindustrialisation in former Yugoslavia, with an emphasis on the memories and stories of textile workers in Croatia. Chiara Bonfiglioli is a lecturer in gender and women’s studies at Cork University. Her research focuses on female, gender and feminist history, viewed from a transnational and intersectional perspective.

The final event is a moderated talk with Hana Miletić, Tonči Vladislavić and Ivana Čuljak on the topic of fashion and textile industry. The talk will also cover the topics of sustainability, recycling and production, and female work. The participants are more than relevant to the topic: Tonči Vladislavić is a retired professor, and the founder and director of the Centre for Research of Fashion and Clothing. He taught at the University of Zagreb Faculty of Textile Technology and the University of Rijeka Academy of Applied Arts. He engages in product design and scientific research, especially in the theory of fashion and clothing. Ivana Čuljak has worked on various projects as an independent curator, researcher, and designer for the Centre for Research of Fashion and Clothing, the Croatian Design Society, the Croatian Association of Artists and other organizations. From 2015 to 2019, she was the creative director and head of Artomat, an unconventional art fair, and from 2016 to 2019 she worked as an external expert associate and curator on the exhibition project “Fashion and Clothing in Zagreb in the 1960s”. Since 2019, she has been employed at the Zagreb City Museum.

The entire program is inspired by the work of Hana Miletić, who, in the words of the exhibition’s curator, Branka Benčić, “encourages us to empathize with the world”. Miletić’s work is a critique of fast fashion, exploitation, and the transformations of capitalism, and it promotes the idea of slowdown and empathy. Her textile installations are delicate and powerful at the same time, and the tactility and materiality of fabrics allows them to talk through softness about collapse and industrial structures of feeling, while at the same time pointing to the perspectives of social imagination”.

The accompanying program of Hana Miletić’s exhibition “Pieces” was realized within the framework of projects “Zero Hour” and “Film in the Museum”. The concept of the program was created by Branka Benčić, Kora Girin and Ivana Lučić from the MMSU. The program was supported by the City of Rijeka, the Ministry of Culture and the HAVC Croatian Audiovisual Centre.

THURSDAY, SEPTEMBER 29
18 h / introductory video lecture by Chiara Bonfiglioli on the book Women and Industry in the Balkans: “When factories were ‘second homes’”
18.30 h / talk with Hana Miletić, Tonči Vladislavić and Ivana Čuljak on the topics of textile industry and fashion, sustainability, recycling, production and female work

Previous Article
Markus Waitschacher - Curator in Residence
next Article
Raffaella Crispino: We Want Mirrors - A Journey Into the Matrix of Coloniality
We use cookies to ensure that we give you the best experience on our website OkTerms of use