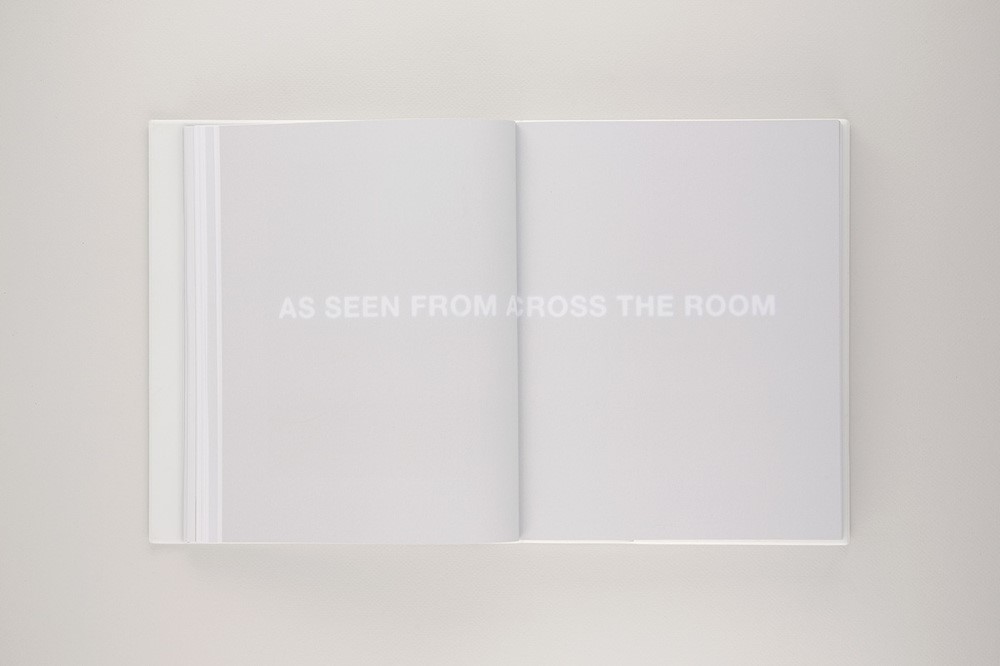 On Wednesday, December 14 at 6 pm, Steve Van den Bosch, will participate in artist talk at the Museum of Modern and Contemporary Art.

During this talk, artist Steve Van den Bosch will present his recent work, including the publication Record and the exhibition where it was first shown, as well as his experience as an artist in academic research.

Van den Bosch focuses on the seemingly expressionless, tacit and unspectacular. His work results from zooming in on the boundary between invisibility and straightforward materiality and puts the implications of artistic production, exhibition and interpretation into perspective with a taste for the absurd. By erasing, doubling, blurring, dismantling, reversing or faultily reconnecting the elements that define a work of art, he creates objects and situations that continually undermine their own status as works of art and almost casually refer to the surrounding conditions from which work can emerge, and in which it is subsequently exhibited. The often-reduced appearance of his work has much less to do with an aesthetic preference for minimalism or conceptualism, than with a desire to look for the point where the work tends to dissolve into the context that facilitates it.

The visual appearance of Record – published by Roma Publications, Amsterdam in 2016 – mimics the traditional format of an artist monography only to slowly destabilise the apparently reliable and transparent quality of such a publication. It is conceived as an artwork in its own right and as such is one of the results, and not merely the documentation, of a way of working. It contains a selection of 39 photographs taken by Eric Germain Sapin, an international authority on forensic visual research, based in Switzerland. The included text is an appropriated article from the research lab at UNIL, Lausanne, led by Sapin. As such, the text gives a voice to the gaze that has documented my work, instead of commenting directly on the work itself. A gaze of which any subjective implication is supposed to have been excluded. A gaze and voice without a body, constructed to serve in function of the ‘law’, registering the traces of how the latter potentially has been breached. In this case, the registered traces do not concern legal breaches but constitute my artistic practice which continuously questions its own framework. The only law that seems to have been breached is the one that language represents. The text, Event Reconstruction from Trace Images: an Original Methodology, uttered by the same bodiless voice, only speaks about its own framework, through which, however, my artistic methodology permeates but is not explained.

Steve Van den Bosch (1975, Belgium) was a resident at HISK in Antwerp, Belgium and the Rijksakademie van beeldende kunst in Amsterdam. He obtained a doctorate in visual arts at the University of Antwerp in 2016. His work has been shown in a.o. The Front Room, Contemporary Art, Museum St. Louis (US); Shanghai Biennale (CN); Kunsthalle Bern (CH); FormContent, London (UK); The Museum for Contemporary Art Antwerp (BE); and Witte de With, Rotterdam (NL).

Van den Bosch currently works as a researcher and teacher in the department of Visual Arts at LUCA, Brussels, Belgium.

Previous Article
Markus Waitschacher / curator talk
next Article
Artists in residence: Marina Rajšić and Bojan Mucko
We use cookies to ensure that we give you the best experience on our website OkTerms of use