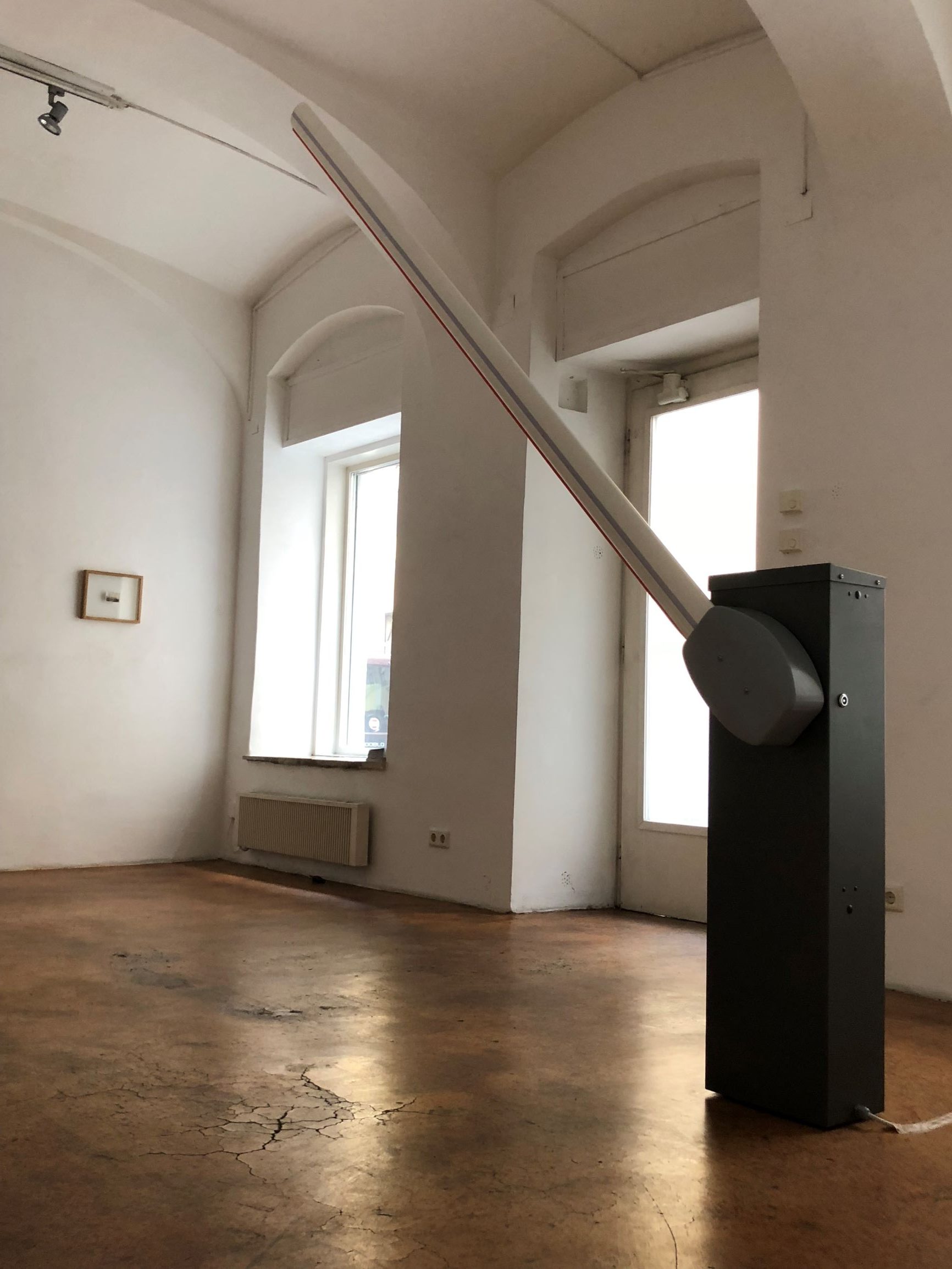 An art installation consisting of ten automatic rising arm barriers that lift at the angle of seventy degrees upon passing of pedestrians will be placed in Rijeka, on Pavao Ritter Vitezović Street, on 10 October 2020. The installation, called Automatic, is created by the Italian artist Giovanni Morbin.

The passers-by, unaware of the context of the artist’s work, can walk through the street without paying much attention to the barriers. However, the installation encourages people to notice the “dormant danger”, i.e., the angle at which the barriers rise, as it is the same angle at which the hand rises in the fascist salute. With this work, Giovanni Morbin refers to his series “The Angle of Heil”, remaining faithful to an artistic strategy that, in the words of curator Daniele Capra, deliberately avoids clarity and didacticism and refuses to reveal political opinions.

However, what the installation does communicate is the fact that even after a political regime is overthrown and ideologies are rejected, there are certain patterns of thinking and destructive urges that continue to smolder in the background.

More than one hundred years since D’Annunzio’s occupation of Rijeka, when the “Roman Salute” was in force, Giovanni Morbin, with his installation, truly puts us on alert. Meandering through the work, we can avoid any interaction with the barriers, but the question is, have we really managed to escape? Is it safe to lose “AutomaTic” from our sight?

The installation is presented as part of Rijeka 2020 – European Capital of Culture, Seasons of Power program, and as part of the series of art interventions in public space titled “The Turned Out Pocket”, organized by the Museum of Modern and Contemporary Art Rijeka.

Giovanni Morbin was born in Valdagno, Vicenza, on 9 August 1956. In 1982 he graduated from the Academy of Fine Arts in Venice after attending a painting course with Emilio Vedova. He lives and works in Cornedo Vicentino.

Morbin definitively abandoned his pictorial work after the series “Bitumen”, which was created between 1978 and 1980. Since 1978 his research focuses on behavior and performance becomes his ideal means of expressing ideas. Parallel to his behavior-related work, Morbin is interested in the creation of objects functional to daily action, which he refers to as “tools” (Strumento a perdifiato, Scultura sociale, DNA, L’angolo del saluto, Prêt-a-porter, Fioriera, EU, etc.).

In 1993 at Ottomat he presented his work “Forms of Behavior”.

He is the co-author and signatory of the poetic declaration ETICA ESPRESSIVA UNIVERSALE (EEU) published in the “Corriere della Sera” May 8, 1994. In the same year he invents “Strumento a Perdifiato”, a tool for communicating with oneself.

In November 1995 he founded the UNIVERSAL SURFACE, the platform of all his actions. From that moment on, his performances are called “Hybridizactions”.

With the support of Lorenzo Lomonaco.