The Turned Out Pocket: The Monument To Red Rijeka – The Self-defensive Monument – Nemanja Cvijanović 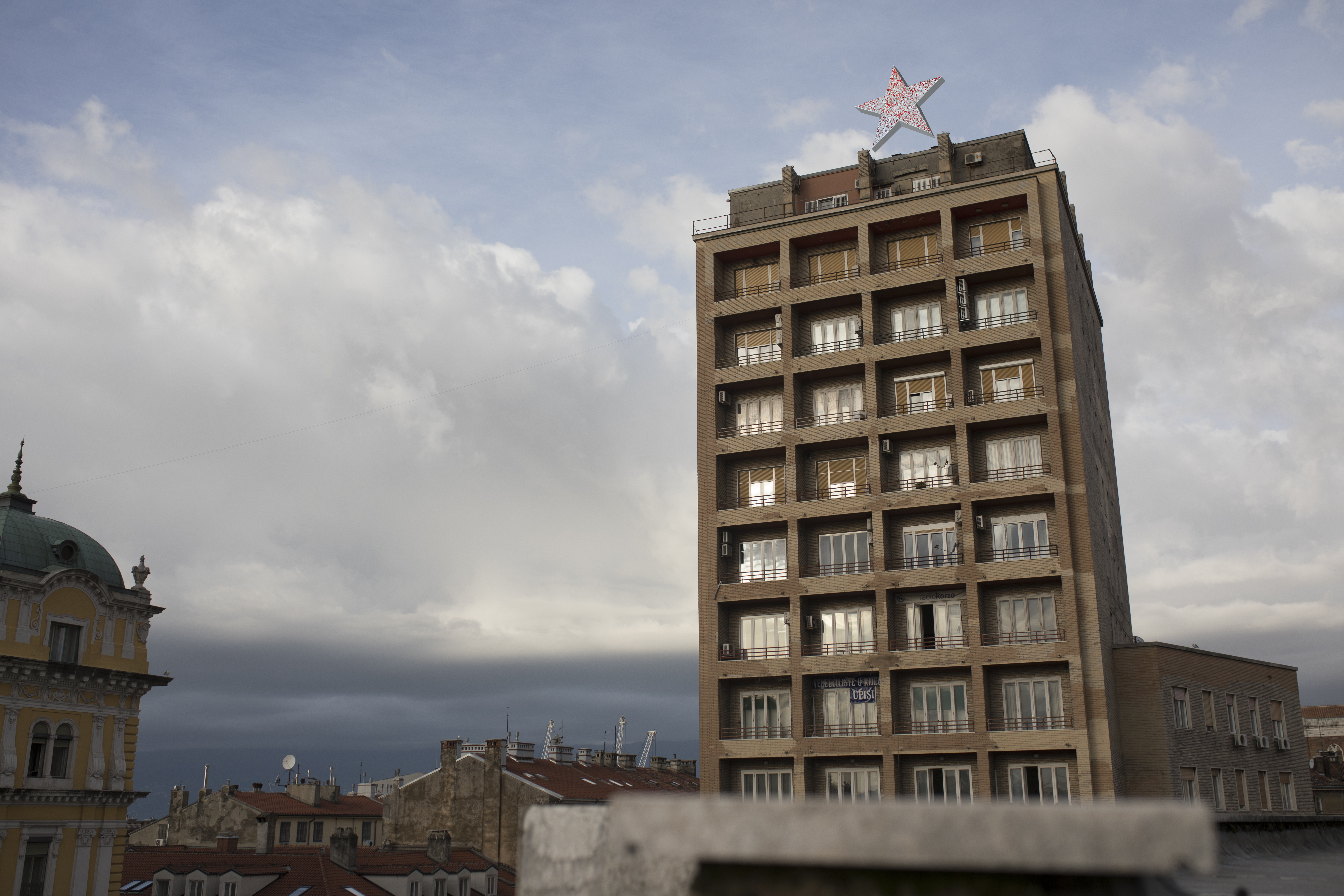 Across the thorns to the stars – a monument to memory and the crisis of memory.

Aware of the trend of the selective but systematic abandonment of historical monuments to oblivion and destruction, Rijeka artist Nemanja Cvijanovic will erect The Monument to Red Rijeka – a Self-defesive Monument at the top of the Rijeka skyscraper. It is a sculpture-object made of reinforced concrete and iron construction in the form of the large, discarded and forgotten five-pointed partisan star. Glass shattered into 2,800 pieces immersed in the face of the five-pointed star prevents any anticipated vandalism in which the star could potentially be damaged, while pointing to a structure that endures and

the monument’s ability to defend itself against the danger of destruction or oblivion. In the artist’s words, the 2,800 shards of glass may also be reminiscent of the 2,800 fallen fighters in the Battle of Rijeka, though the primary symbolism of the monument is expressed precisely through the paradox of the now rejected but still dangerous anti-fascist, revolutionary legacy.

The monument erected on top of the Rijeka skyscraper recalls the red star, which was erected in 1945 in the very same place, marking the liberation of Rijeka. Out of reach and facing skyward, the Self-Defensive Monument opens the question of inviting an (un)desired guest into the fabric of the city, defensiveness as an eternal companion of an attack, and the vicious circle that such dynamics create.

Is it possible to accept a crooked and chipped symbol as part of our cultural heritage that, regardless of the attitude we attach to it, remains part of what constitutes the identity of this city?

Prethodni Članak
The Turned Out Pocket: Yugo Yoga - The Path Towards Socialist Self - Realisation - Lara Ritoša Roberts
Idući Članak
Rijeka of murals: Balthazar's Playground – Akacorleone
We use cookies to ensure that we give you the best experience on our website OkTerms of use