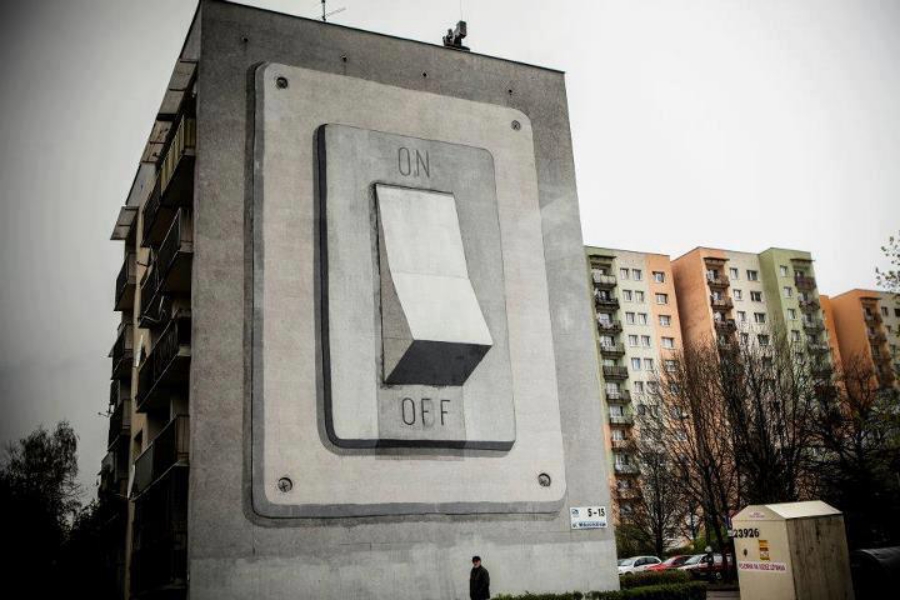 The social and economic texture of the city is sealed in Rijeka’s urban fabric.

An anonymous Spanish street art artist known as Escif has been present on the world street art scene for more than two decades already. From the spring of 2020, his work will be permanently on show on the façade of Rijeka’s industrial past, on which his style sits brilliantly: the deceptive simplicity, that is, the use of minimal and elegant forms and lines that convey complex messages of powerful effects to the viewers. Escif transforms wall surfaces into vertical or horizontal canvases – from small cracks in walls to larger fragments of architecture. His art is direct: he focuses his work on concepts that imply the transgression of public spaces and diversions against monopolising the streets with market policies. The artist comments on aspects of capitalism, politics, economics and other sensitive social issues that are challenging for contemporary cities.

Escif’s murals are here to suggest a different use of public space. Each of his works is a reflection, an exercise in thinking about the city, which is accomplished by interacting with random passers-by. As he himself states, artistic interventions make sense not because the artist is behind the work, but because the viewer is in front of it.

The team of curators is made up of Kora Girin (HR), Nataša Šuković (HR), Slaven Tolj (HR) and invited curator Saša Bogojev (HR).

Previous Article
The Turned Out Pocket: Yugo Yoga - The Path Towards Socialist Self - Realisation - Lara Ritoša Roberts
next Article
Rijeka of murals: Eron
We use cookies to ensure that we give you the best experience on our website OkTerms of use